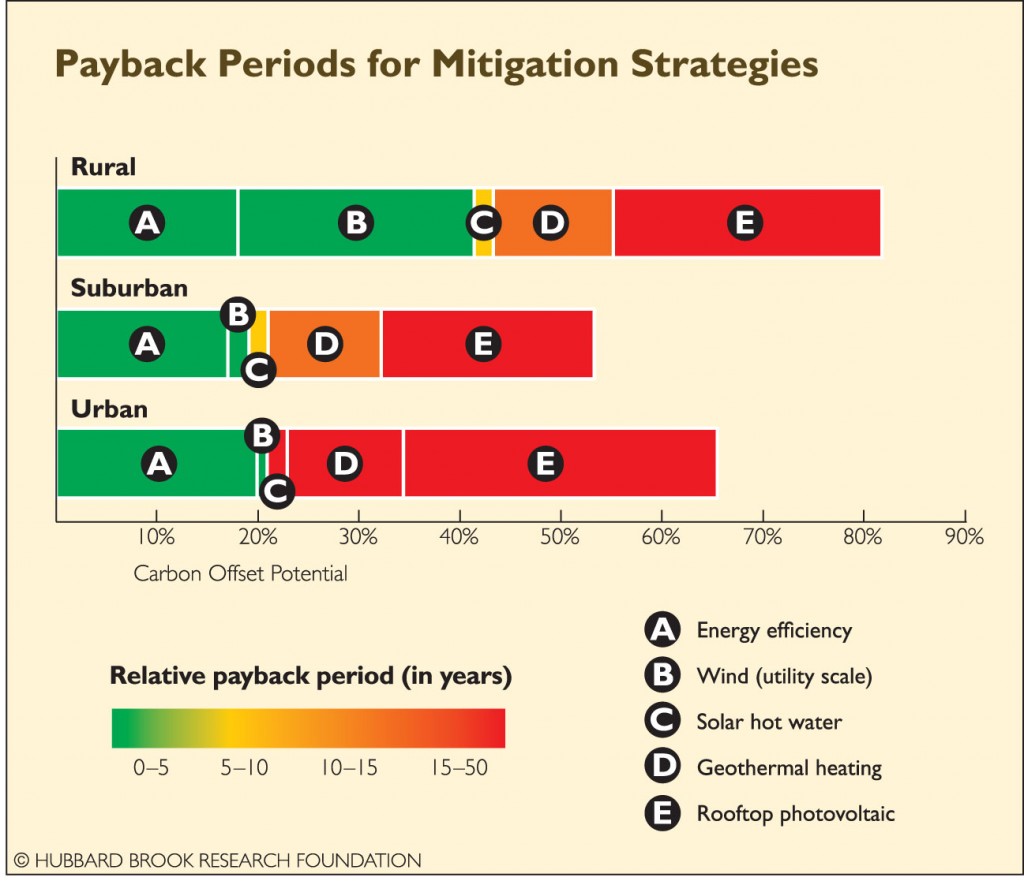 Both suburban and urban counties will likely need to invest in non-zero cost options in order to lower their carbon emissions. Perhaps as much as a quarter of emissions for most urban counties could be offset at no cost. Installing compact-fluorescent lights, for example, could in itself reduce 10 percent of most counties’ emissions. Zero- or low-cost investments in boiler upgrades, programmable thermostats, more efficient appliances, and better insulation in homes and businesses might reduce another 20 percent of the emissions for the typical suburban or urban county. Solar photovoltaic installations for homes and businesses could reduce up to 20 percent of carbon emissions but require a non-zero cost investment; incentives vary by state, however, making it a much more attractive investment in some areas. Investments in geothermal and other alternative energy sources such as biofuels have the potential to reduce carbon emissions by as much as 10 percent but currently are expensive relative to other mitigation options. Combining both non-zero and zero costs could reduce between 60-80 percent of emissions for most suburban and urban counties. The figure below compares mitigation options in the counties studied in Carbon and Communities.

Click here for a comprehensive overview of the relative costs of more than 250 carbon dioxide mitigation strategies by the management consulting firm McKinsey & Company.